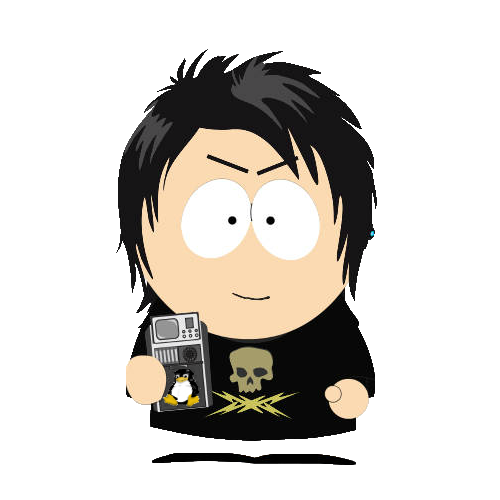 Dmitry D. Khlebnikov is an independent Information Technology professional who helps businesses achieve their objectives without compromise on security.

Dmitry believes that software engineering should be driven by applying principles of science and mathematics to deliver economical yet robust solutions to technical problems challenging business objectives.

Dmitry holds a Master’s degree in Computer Science from the Moscow Technical University of Communications and Informatics (MTUCI) and is a certified Software Engineer.

Dmitry D. Khlebnikov was born in Moscow, Russia. His passion for computers was ignited by his father, who introduced Dmitry to ES-1840, one of the first Soviet clones of IBM PC at the age of nine. Dmitry was spending all weekends at his father’s work place just to get a chance to play some basic games and to explore the technology.

Seeing the interest his son had in technology and the lack of formal computer education programmes in Russia at the time, Dmitry’s father seized the opportunity to send Dmitry to a summer camp that was sponsored by newly born “businessmen of Russia” to educate teenagers in computer literacy. A significant part of curriculum was concentrated around programming using Borland Turbo Pascal 5.5 and to this day Dmitry is confident that it was a pivotal milestone in his life.

The lack of good documentation and scarcity of available software pushed Dmitry to discover Russian computer underground and demoscene. The subculture was in its golden age where information sharing was the uniting foundation and multiple groups were competing with each other to showcase their superior understanding of technology. At some point at that time, once he was quite confident in his assembler, C/C++, and reverse engineering skills, Dmitry organised his own group that was focused primarily on releasing save game editors and runtime game modifications.

The downside of such a commitment to underground society was that Dmitry’s normal “social” life started to deteriorate: he was expelled from four schools and thus decided not to pursue graduating from high school but focus on improving his coding skills instead.

In 1995, Dmitry discovered the IBM OS/2 operating system and for the next three years Dmitry was learning all the intricacies of what subjectively was “the best desktop operating system for a nerd” at the time: it was truly object oriented (starting with Warp 4.0), was bundled with Java and speech recognition software, etc. With new technologies new challenges have arisen, so have the opportunities: Dmitry learnt how to reverse engineer multithreaded applications, exploit local race conditions in a multitasking system, just to name a few.

Another thing that happened in 1995 in Dmitry’s life is the first exposure to the Internet via a dial-up connection. There, Dmitry unearthed a huge world of clever people from all around the globe and was obsessed with absorbing as much knowledge as he physically could.

In June of 1998, a friend brought a CD-ROM containing a fresh Linux distribution of Red Hat Linux 5.1 (Manhattan) and from that point on Linux became Dmitry’s primary operating system. This and the discovery of the Open Source community set the future course of Dmitry’s life for the next couple of decades.

Dmitry’s work career started early, at the age of seventeen, due to dropping out of school and living independently from his parents.

As a minor with the desire to work in IT, Dmitry chose to get some experience at his father’s company first (one branch of which was designated to import laptops and other computer peripherals to retail them). There was a need to research on the new arrivals and provide advice to the sales managers so they could better do their job. It fitted Dmitry’s keen interest to learn new technology perfectly, since he was getting access to the latest devices on the local market and was paid for playing with them.

Unbeknown to Dmitry, he also learnt how the retail business operates, what drives it, and the importance of human communication to achieve business targets.

In October of 1997, Dmitry was hired as a Client Support Manager by an American Company (SequoIa Computers). The company specialised in providing managed services to Western companies operating in Moscow. Although it came with a stiff learning curve, the position gave the opportunity to work with hardware and in places Dmitry could only dream of:

Despite being quite happy with the opportunities, after an year of working on average 80 hours per week due to high demand, Dmitry burnt out and left the company despite the management offering double salary to stay, which was extraordinary amount of money for Moscow at the time, let alone for a twenty years old.

After half an year break, Dmitry decided to try to do the same job again. This time with a focus on his mental and physical well-being to avoid the burn out situation he experienced before. He joined quite a big Russian software development company, Intellect-Service, whose primary product was an accounting software suite, hence they needed quite a big customer support department to support the deployment and to maintain the software at clients’ offices. Over the next fifteen months Dmitry was honing his networking and troubleshooting skills. At the same time the company provided high speed (128Kbps) Internet connectivity in their offices, which meant that Dmitry had the possibility to access the Net during calm periods of time when he was waiting for his next assignment.

Although trying to negotiate hard, Dmitry only managed to get an entry level salary at the new place at first – that was attributed to lack of formal education. It took him almost five months to prove his knowledge and skills to get an adequate pay rise and the promotion to match his skill set. To avoid such a situation in the future, Dmitry enrolled into the Moscow Technical University of Communications and Informatics (and graduated six years later with the Master of Computer Science degree).

In May of 2000, Dmitry together with two partners started their own business: a small Internet Service Provider (ISP) in a remote district just outside Moscow. Dmitry’s skills of building networks and architectural knowledge were invaluable for the new venture. The company grew from three people running around, laying cables, and doing all other stuff to a workforce of 50+ with more than 1,300 customers in three years.

As the company grew, it required more delegation and management skills than technical excellence, but at that time Dmitry did not possess neither of the required skills, so he sold his share to his business partners and continued the pursuit of mastering technical skills at one of the established Moscow ISPs (DataForce IP), where he found a few people worth learning from.

At DataForce, Dmitry met Alexander Peslyak (better known as Solar Designer) and realised that they crossed paths multiple times in the virtual space of the Russian computer underground community, but this was the first time they met face to face.

Alexander introduced Dmitry to a project under the Openwall Project umbrella where an American company wanted to have their own version of a Linux distribution based on Openwall GNU/*/Linux, but which should be binary compatible with Red Hat Enterprise Linux 4. Dmitry become the leading developer/packager for that time and brought the majority of compatibility changes to the codebase, which resulted in the release of Openwall GNU/*/Linux 2.0 (and the delivery of the custom Linux distribution to the client).

The work on the Openwall Project demonstrated skills and commitment Dmitry was putting in and as the consequence Openwall, Inc. was registered to provide managed hosting services to primarily US companies (among other things like security consulting, etc.). Dmitry left DataForce IP and became full time contractor at the newly formed company, where he was designing and implementing secure mass virtual hosting environments.

Through Openwall, Inc., Dmitry learnt how to tap into and leverage multiple domains of knowledge and be a subject matter expert in a variety of fields, since work required him to be an Infrastructure Architect, a Security Expert, a Developer, a Systems Administrator, and a Principal Engineer – often a combination of these at the same time.

In September of 2008, Dmitry with his wife and daughter migrated to Melbourne, Australia.

With the blessings of Alexander to use the Openwall name Dmitry registered an Australian branch of the company, Openwall Pty Ltd, and acquired his first local client (SMS Central).

Through SMS Central, a start-up under the Future Capital Development Fund, Dmitry met the fund co-founder, Domenic Carosa and as the result Openwall client list started to grow, since Dmitry became the “go to” technical expert for many start-ups under Future Capital’s roof: MyGuestList, RAW Mobility, Bitcoin.com.au, etc.

In December of 2012, Dmitry got a brief, four week contract to help Australian Pharmaceutical Industries (ASX: API) with their Data Centre relocation, and while waiting to get the required access Dmitry tapped into one of the side projects: API’s online retail website. In the initial couple of weeks Dmitry proved that his systematic approach could bring order and efficiency to an under-performing system.

The Programme Manager of the online retail website, Paul Sokolowski, negotiated and got Dmitry fully assigned to his team for an year. Dmitry was inspired by Paul’s leadership skills, how Paul was able to be a very demanding manager, but at the same time project confidence to the team that no matter what happened, the team was safe from any politics happening around the company. Paul managed to gather an amazing team of people who where working tirelessly to bring the online experience for the Priceline business back on track after a disastrous experience API got from a third party who contracted to build the store.

Over the Christmas break, Dmitry was able to create a proof of concept that the existing ecosystem could be completely restructured without any downtime and the result would be more reliable, secure, and efficient.

That was the turning point for the project, from that point on Dmitry was a de facto Technical Infrastructure Architect for the project and was guiding the team on technical aspects related to the online store.

Half an year in and the team was able to deploy changes to production several times per week and during business hours (when Dmitry joined the team every deployment was an all-nighter with all hands on the deck) – all of this thanks to the structured approach Dmitry introduced to the versioning of production artefacts, where an unsuccessful deployment could be reverted back in a matter of seconds.

Unfortunately, stars did not align for API and an year later the company management decided to dissolve the team of contractors and finish the project in-house. It was quite unfortunate, since the team was dissolved just a couple of months shy of releasing the version 2.0 they worked so hard and were so proud of.

To this day, when the opportunity comes to work with Paul on something, Dmitry feels elated, since two things are clear:

Meanwhile, Dmitry continued to support his clients through Openwall and was enjoying some rest from the crazy pace he had during an year at API.

NOTE: this page is still in the process of being written…